Announced at the Grosvenor Hotel in London, the annual awards judged by industry experts, recognise outstanding achievements in construction, taking into account architectural and engineering design, the construction process, delivery to time and budget and client satisfaction.

The judges said of the energy positive building, based at Neath Port Talbot’s Baglan Energy Park: “Proving the concept of ‘a building as a power station’ the Bay Technology Centre produces more energy than it consumes.

The Neath Port Talbot Council commissioned building, based in one of the premier business and industrial locations in Wales, already has two tenants with a number of others poised to sign up.

The BCI award is the third picked up by the Bay Technology Centre on which construction was completed earlier this year. Previously, it won the Net Zero Award in this year’s Constructing Excellence Wales (CEW) Awards and the Sustainability Award in the Insider Wales Property Awards.

“Our thanks go to the contractors involved and this helps to show that Neath Port Talbot Council recognises that tackling climate change is urgent.

“The arrival of this award-winning energy positive building is strongly linked to our DARE (Decarbonisation and Renewable Energy) strategy .”

Geraint Hopkins, Director of consulting engineers McCann and Partners, one of the two new tenants at the Bay Technology Centre, said: “Congratulations to Neath Port Talbot County Council and everyone else involved in being awarded Commercial Property of the Year.

“We are excited to begin this new chapter within a building that promotes low energy and sustainable design. This move enhances our vision and commitment to decarbonisation and energy efficiency, whilst affording state-of-the-art facilities for our team to continue to grow.” 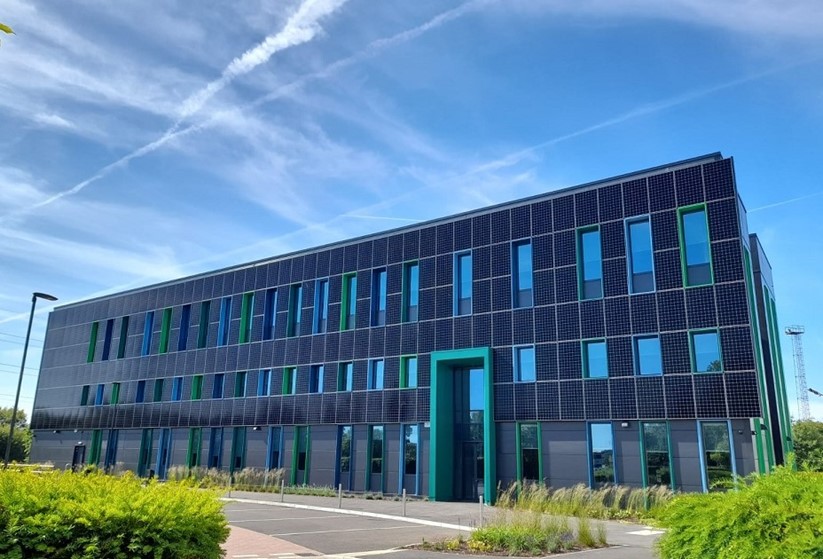