The move marks a significant step forward for the project, enabling META to support wave and tidal stream testing, as well as the testing of floating wind components.

With these new services, the centre will act as a key innovation hub for research into wider blue economy activity.

It also provides a dedicated facility for research and innovation. 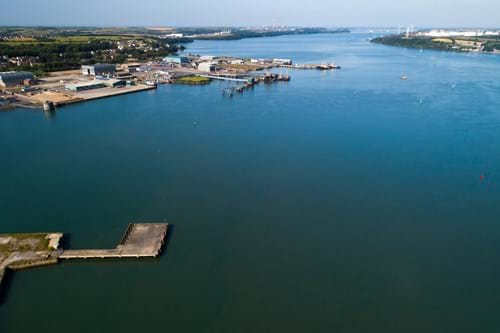 META project manager Bethan Simes said: "This announcement comes as a culmination of three years of hard work, so we’re delighted that we have secured our marine license for META Phase 2.

"We now have eight pre-consented test sites covering a wide scope of test parameters and so can accommodate a range of devices and testing scenarios. I cannot wait to start welcoming our first customers and getting kit into the water.

"The purpose of META is to reduce the time, cost and risks faced by marine energy developers to accelerate development in the sector, and this growth has never been more critical.

"META provides an integral stepping-stone from tank testing to commercial projects, supporting ambitions for the UK to continue to play a global leading role in marine renewable energy, while complementing the existing UK test centre network.

The £1.9m META project is being supported by the European Regional Development Fund through Welsh Government, alongside the Coastal Communities Fund.

Both META and MEECE are part of Pembroke Dock Marine - a Swansea Bay City Deal collaborative project which will develop a world class centre for the development of marine energy in Pembrokeshire. This project also includes the Pembrokeshire Demonstration Zone and infrastructure upgrades at Pembroke Port.