Business leaders have welcomed news that a major Swansea Bay City Deal funding boost is soon on the way.

The UK Government and Welsh Government have now agreed to release initial funding worth £18 million for the Swansea Bay City Deal programme, subject to terms and conditions being met.

The funding, which gives an opportunity to deliver against the entire £1.3 billion City Deal programme, is based on the approval of business cases for the Yr Egin and Swansea City and Waterfront Digital District projects.

It could also potentially be followed by a further £18 million this year for other projects within the City Deal, subject to the region meeting clear terms and conditions.

“As an Economic Strategy Board, we’ll continue to do all we can to progress the business case planning for other City Deal projects to facilitate more extremely positive announcements of this kind in the near future.”

Fellow Economic Strategy Board member Amanda Davies, Pobl Group Chief Executive, said: “It’s vital that the City Deal delivers for businesses and communities, so the news of imminent funding from both governments is a major step in the right direction.

“As well as first class leisure and business facilities for our residents and entrepreneurs, the City Deal will also help retain young talent in South West Wales by generating thousands of well-paid jobs for local people.”

James Davies, Executive Chair of Industry Wales, is also a member of the Economic Strategy Board, which is chaired by Valero UK Vice-President and Managing Director Ed Tomp.

Mr Davies said: “The City Deal and the first tranche of funding that’s been announced is important for the region’s economic wellbeing, while showing what can be achieved when the public and private sectors work so closely together.

“But the City Deal also gives an opportunity to raise Swansea Bay’s profile as an innovative, business-friendly region, which will help attract even more investment and jobs in future.”

The Swansea City and Waterfront Digital District project features a state-of-the-art, 3,500-capacity digital indoor arena. Benefitting from world class digital connectivity, the arena is expected to open in early 2021. A digital plaza will also be constructed outside the arena, complete with digital artworks and other digital features. 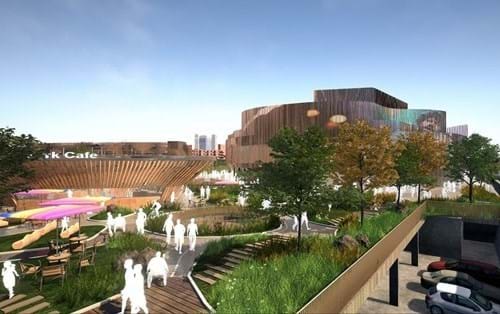 Other aspects of the Swansea project include a 28,000 square foot box village and 64,000 square foot innovation precinct for start-up businesses at the University of Wales Trinity Saint David SA1 Waterfront. 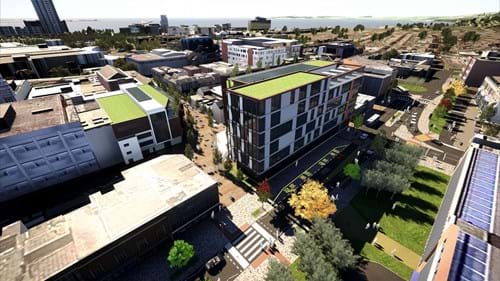 The Yr Egin creative and digital cluster in Carmarthen is located at the town’s University of Wales Trinity Saint David campus. 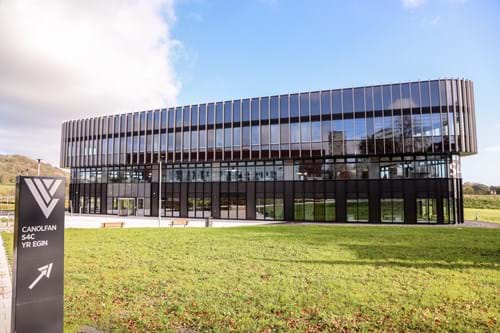 A second phase of work is now planned, following on from a successful first phase that’s already home to S4C’s new headquarters and many other creative sector businesses.