Views are now being sought on a major new £30 million development planned for the former Oceana nightclub site in Swansea city centre.

The planned development - originally known as the Digital Village but now with a working title of 71 & 72 The Kingsway – will cater for new and existing digital businesses, bringing all together in an ultra-modern, flexible working environment.

As well as generating new jobs and vitality for Swansea city centre, the planned new development will also include a new link between Kingsway and Oxford Street for the general public.

The development will stand six stories tall, also including a further two floors below ground to make the most of the former nightclub site’s basement level. 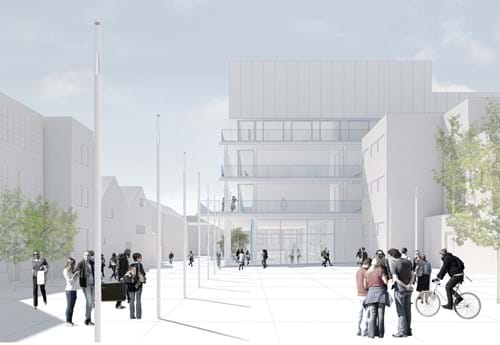 Consultation is now live at www.swansea.gov.uk/71and72thekingsway until Friday September 27. Public displays have also been arranged for:

Led by Swansea Council, the project is part of the wider regeneration of Kingsway. It also forms part of the Swansea City and Waterfront Digital District, which will be part-funded by the Swansea Bay City Deal.

The City Deal – a £1.3 billion investment in a number of transformational projects across South West Wales – will deliver around £13.7 million to 71 & 72 The Kingsway.

Cllr Rob Stewart, Swansea Council Leader and Chairman of the Swansea Bay City Deal’s Joint Committee, said: “This incredible facility will be a beacon for those working in the digital industries and educational sectors.

“It will attract leaders and innovators in those professional worlds to its collaborative and traditional working environments. There will be high quality digital connectivity, accessible spaces for events and complementary work activities.

“It will also be a stunning new place for local people to visit and enjoy, with cultural activities and potential for an exciting food and drink offer.

“I’d urge people to have their say in this consultation and to be involved in this site’s exciting future. Many already have fond memories of the site’s previous uses.” 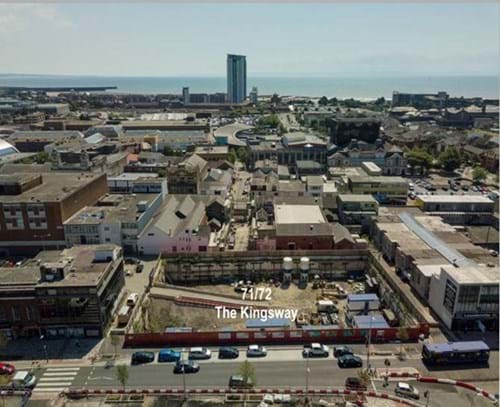 The new development will complement the ongoing £12 million Kingsway transformation into a more pedestrian-friendly, higher quality street, which will retain traffic throughout.