Homes as Power Stations will facilitate the take up of energy efficient design and technologies in thousands of homes throughout South West Wales as part of a pioneering multi-million pound project.

The UK Government and Welsh Government have now approved the Swansea Bay City Deal’s Homes as Power Stations project, which will benefit residents and businesses in Carmarthenshire, Neath Port Talbot, Pembrokeshire and Swansea.

Led by Neath Port Talbot Council, this £505 million project will:

Working with Registered Social Landlords, private developers and other partners, the project will use energy efficient design and technologies to retrofit 7,000 homes throughout the City Region as part of the project, with a further 3,300 new build homes also set to benefit.

The green light from both governments means Homes as Power Stations can now start drawing down on a £15 million Swansea Bay City Deal investment.

Next steps will include the setting-up of a dedicated project team, along with a targeted regional financial incentives fund and a regional supply chain development fund. An open access knowledge sharing hub will also be developed to share learning across the region.

Cllr Rob Stewart, Chair of the of the City Deal Joint Committee said “It’s great that another City Deal project in our £1.3bn portfolio has received full approval and will now enter the delivery phase.

“Especially as the technology delivered as part of the Homes as Power Stations project could help lower the fuel bills for many residents across South West Wales, with added health and well-being benefits aimed at reducing burden on the NHS and our social care providers”.

“The intention is to initially prove the Homes as Power Stations concept within the public sector at a relatively small scale before ramping up activity in other sectors. This will demonstrate the viability of the concept to the rest of Wales and the UK, helping create a new industry in the Swansea Bay City Region.

“As the region emerges from Covid-19, the project’s focus on regional supply chain businesses will also help accelerate our economic recovery from the pandemic in a green and sustainable way, in combination with many other projects across South West Wales that are now moving into delivery.

“The City Deal investment will also enable detailed monitoring and evaluation of the energy efficiency technologies being introduced, with remaining project funding coming from the private sector and other public sector programmes.”

Welsh Government’s Minister for Economy, Vaughan Gething MS, said: “Perhaps the most important commitments in our recently published programme for Government is to embed Wales’ response to the climate and nature emergency in everything we do. This is a transformation which can start in our local communities, with a focus on locally-generated renewable energy and avoiding waste.

“It’s important we are able to do so in a way which supports people and jobs; this project will not only tackle fuel poverty by helping residents save money on their energy bills, but also be of enormous benefit to the local supply chain.”

Wales Office Minister David TC Davies said: “Delivering transformational projects across Wales is a priority for the UK Government and is why we have backed growth deals covering every part of the country.

“This project will make a positive difference to thousands of people across South West Wales as well as contributing towards our drive to net zero by 2050. Growth Deals are unleashing the potential of all areas of Wales as well as getting the economy moving as we emerge from the pandemic.” 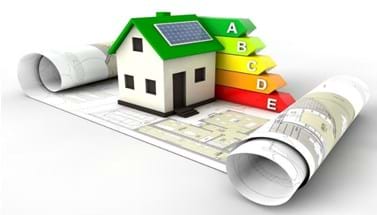 The Homes as Power Stations project is aligned to several other City Deal projects, including digital infrastructure, skills and talent, and supporting innovation and low carbon growth. The project is also aligned to the work of the Active Building Centre at Swansea University, which is the UK centre of excellence for transforming construction, and it builds upon the Active Buildings design concept pioneered by Swansea University’s SPECIFIC Innovation and Knowledge Centre.

The Swansea Bay City Deal is an investment of up to £1.3 billion in a portfolio of nine major programmes and projects across the Swansea Bay City Region, which are together worth over £1.8 billion and 9,000 jobs to the region’s economy in coming years.