A futuristic 3D printing project for Carmarthenshire schoolchildren could soon be expanded across Europe.

Swansea University has led a Horizon 2020 consortium bid for a grant worth over £1.2 million under the Science for Society work programme, which would enable the introduction of the project in 60 international schools.

Schoolchildren in Ireland, Germany, Slovenia, Poland and Portugal are among those who could benefit if the bid to the Europe-wide Collaboration on Science and Engineering Education programme is successful.

As part of an ongoing project led by Ysgol Gynradd Nantgaredig in Carmarthenshire, children at eight county primary schools are 3D printing and assembling battery controlled toy cars ahead of a race this summer.

Swansea University has loaned 3D printers to each participating school, with a number of local car dealerships on board as race event sponsors. 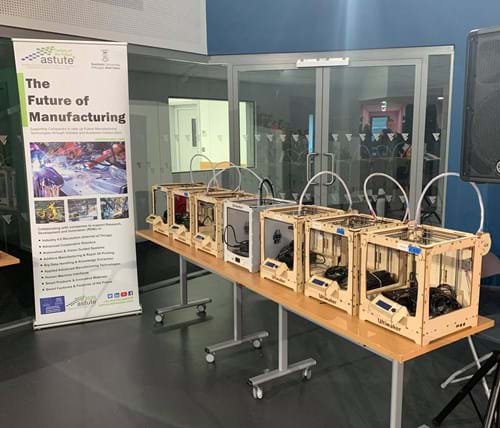 Aimed at introducing schoolchildren to ‘smart manufacturing’ from a young age, the scheme is helping raise awareness of a major project called ‘Factory of the Future’ that’s due to be part-funded by the £1.3 billion Swansea Bay City Deal.

Dr Dimitris Pletsas, of Swansea University’s College of Engineering, said: “The Factory of the Future project will see engineering experts at the university working alongside regional manufacturers to introduce smart manufacturing like 3D printing, artificial intelligence and robotics. This will help equip our manufacturing sector for the fourth industrial revolution by providing smart manufacturing solutions that will boost productivity and protect jobs. 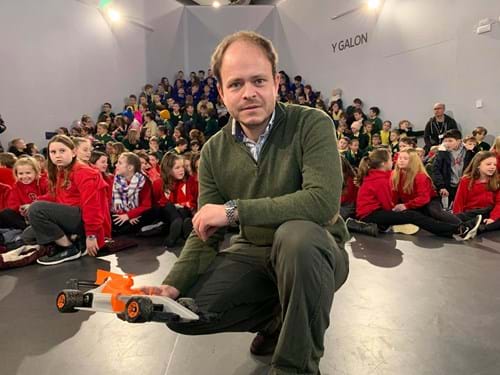 “But it’s vitally important to introduce our schoolchildren to smart manufacturing underpinning technologies like 3D printing from a young age because this will help equip them with the skills they’ll need to access the high-paid jobs this sector will create in coming years.

“The 3D printed, battery controlled toy car race is already inspiring hundreds of schoolchildren in Carmarthenshire. Now – subject to the approval of our major grant application – a project born in South West Wales could soon form part of education across Europe.”

Following on from the toy car race, schoolchildren at participating Carmarthenshire schools will be asked to 3D print local landmarks. If the grant application is successful, this initiative would also be introduced to curriculums at schools abroad as well.

The Factory of the Future project is one of 11 across South West Wales due to be part-funded by the City Deal, which will create over 9,000 high-quality jobs and boost the Swansea Bay City Region’s economy by £1.8 billion in coming years. 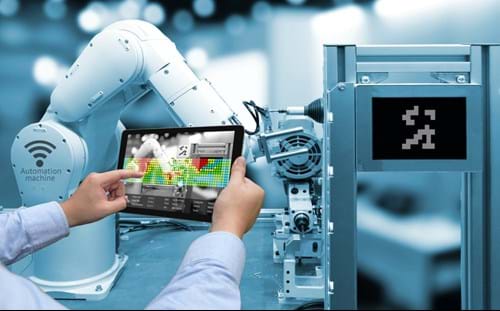 Due to be funded by the UK Government, the Welsh Government, the public sector and the private sector, the City Deal is being led by the four regional local authorities, the two regional health boards, Swansea University and the University of Wales Trinity Saint David.