An £18 million funding boost will soon be on the way to Swansea Bay City Deal partners to begin funding a number of transformational projects in South West Wales.

The UK Government and Welsh Government have agreed to release initial funding for the Swansea Bay City Deal programme, subject to terms and conditions being met.

The funding is based on the approval of business cases for the Yr Egin and Swansea City and Waterfront Digital District projects.

The £18 million funding provides an opportunity to deliver against the whole of the City Deal programme.

A further £18 million may also potentially be available this year for other projects within the deal, subject to the region meeting clear terms and conditions. 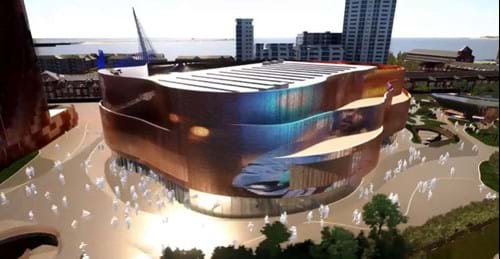 A digital plaza will also be constructed outside the arena, complete with digital artworks and other digital features.

Other aspects of the Swansea project include a 28,000 square foot box village and 64,000 square foot innovation precinct for start-up businesses at the University of Wales Trinity Saint David SA1 Waterfront. A 100,000 square foot digital village development will also be constructed on Kingsway, providing cutting-edge working spaces for tech and digitally focussed companies.

The Yr Egin creative and digital cluster in Carmarthen is located at the town’s University of Wales of Trinity Saint David campus. 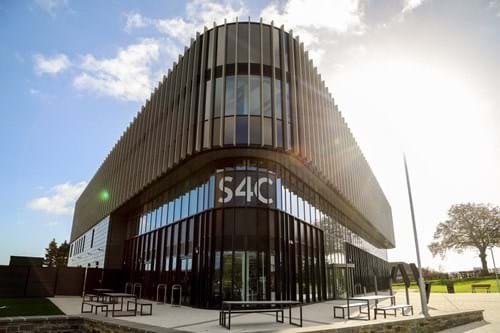 A second phase of work is now planned, following on from a successful first phase that’s already home to S4C’s new headquarters and many other creative sector businesses.

Cllr Rob Stewart, Chairman of the Swansea Bay City Deal’s Joint Committee, said: “While the release of this funding is extremely welcome, councils and City Deal partners have continued to move forward with delivery of the two City Deal projects approved today (Monday July 15). This demonstrates our ongoing commitment to the projects and the City Deal as a whole.

“The Swansea and Yr Egin projects will give people in South West Wales a world class entertainment venue, while providing our creative, tech and entrepreneurial business talent with the spaces and facilities they need to thrive. But it’s also our intention to soon bring forward the other City Deal projects to ensure more money is released as quickly as possible.

“We hope both governments will continue to work closely with us to facilitate the necessary approvals for the benefit of residents and businesses in Swansea, Carmarthenshire, Pembrokeshire and Neath Port Talbot.

“The City Deal developments will also act as a catalyst for further investment and economic growth, opening up thousands of well-paid jobs for local people.”

Economy Minister Ken Skates said: “I am determined to ensure that the Swansea Bay City Deal delivers genuine economic growth and change for the communities of South West Wales, and I am delighted that the Welsh Government will shortly be releasing funding to drive forward this ambitious programme.

“The Swansea Bay City Deal will signal the start of a culture shift for the region, building confidence in the area, creating thousands of high-quality jobs and providing a huge financial boost for many years to come.”

Secretary of State for Wales Alun Cairns said: “The funding announced today (Monday July 15) demonstrates the strength of the creative and digital industries in this part of Wales.

“But it’s also a sign of the opportunities which lie ahead. By empowering the region to make decisions which support their own economic growth, both governments are working together to make the Swansea Bay area a powerhouse of innovation, creating employment and attracting investment which will transform the region for years to come.”

“Made up of 21st century working, networking and event spaces, it’s become an example of best practice for creative and digital sector excellence, while also facilitating idea sharing and collaboration.

“With S4C as anchor tenant, the number of businesses now working at the iconic building speaks volumes for its quality and innovation.

“Once final terms and conditions have been approved, City Deal funding for this development will be a significant boost as plans for a second phase of the development gather pace.”

Other planned City Deal developments include the Pembroke Dock Marine project, which will create a world class marine engineering fabrication, test and deployment hub delivering the support and infrastructure needed to further grow Wales’ blue economy. Expanding on the City Region’s established facilities and skill base, this project is aimed at furthering the advancement of innovative, cost-efficient marine engineered technologies.

A landmark £200 million Wellness Village is earmarked for a site at Delta Lakes in Llanelli, which will provide world class business, education, leisure and health facilities, as well as major employment opportunities.

A digital infrastructure project to boost digital connections in rural and urban areas is also planned, as well as a Skills and Talent initiative aimed at equipping local people with the skills they’ll need to access jobs being created by City Deal projects.

In the next 15 years, the Swansea Bay City Deal is projected to boost the regional economy by £1.8 billion and create over 9,000 high-quality jobs.