The cranes are located at the former Oceana nightclub site, where Swansea Council is developing a major new office scheme.

With Bouygues UK as main contractor, foundation works are now forging ahead at the development. Once complete, it will include space for 600 workers in the tech, digital and creative sectors to meet local demand.

Aimed at keeping young business talent in Swansea and creating more city centre footfall, the scheme will be carbon zero in operation and worth £32.6m a year to the city's economy.

The 71/72 Kingsway development is part-funded by the £1.3bn Swansea Bay City Deal and supported by the European Regional Development Fund through the Welsh Government.

Cllr Robert Francis-Davies, Cabinet Member for Regeneration, Investment and Tourism at Swansea Council, said: "Despite Covid, we know there's a still high demand for this kind of high-quality, flexible office space in the city centre - especially for workers in growing sectors like tech and digital.

"Once complete and operational, this development will help stop local workers in these sectors relocating their talents elsewhere, while also boosting our economy and helping attract even more investment and jobs to Swansea."

Cllr Rob Stewart, Swansea Council Leader, said: "The council and our partners are investing over £1bn to regenerate Swansea city centre for the benefit of our residents, businesses and visitors, and these aerial photos show several projects which are either complete or on-going.

"As well as the improved look and feel of Kingsway and Swansea Arena in the backdrop, the images also show even more progress at the former Oceana nightclub site, where foundation works are continuing ahead of a start on the main building's construction. Led by Hacer Developments, an exciting 'living building' scheme is also being constructed nearby at Picton Yard."

Progress at the 71/72 Kingsway development within 100 days was among the council's policy commitments pledge signed-off in June.

Due for completion in the summer of 2023, the five-storey development will include a green roof, solar panels on top of the building, trees on each level, underfloor heating and heat recovery systems to minimise energy use.

Greenery on a new pedestrian link between The Kingsway and Oxford Street also forms part of the development.

The building - within minutes of the city's main bus and rail stations - is located on an active travel route, with recent improvements on The Kingsway providing wide walkways and a cycleway.

There will also be a bus stop immediately outside the building. 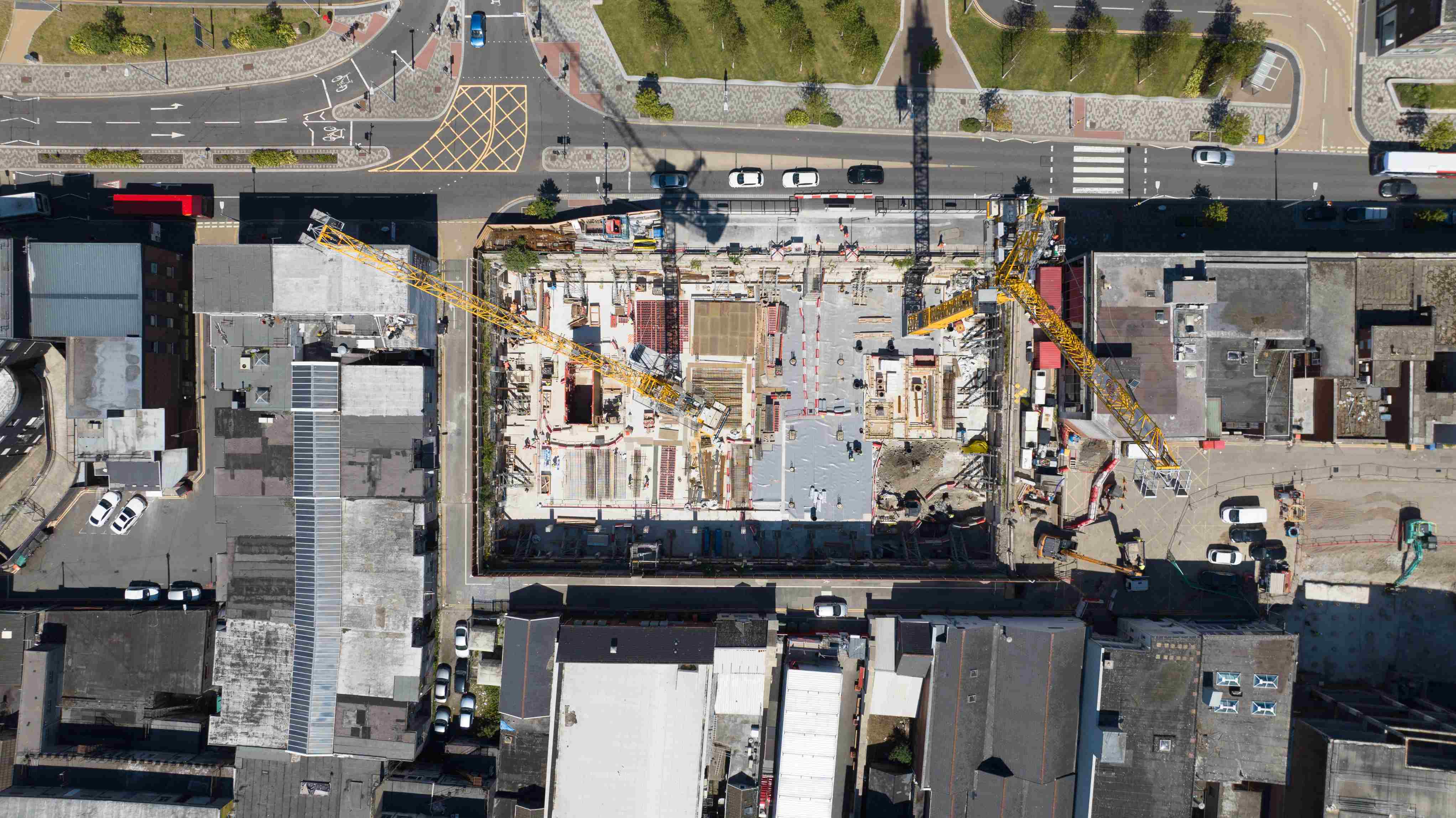