The review – carried out by Actica Consulting for the UK Government and Welsh Government – says project business cases for ‘the Yr Egin’ creative digital cluster in Carmarthen and the City and Waterfront Digital District in Swansea are ‘fit for purpose’.

A 3,500-seat digital indoor arena and digital plaza at the LC car park site is among the features of the £168.2 million Swansea City and Waterfront Digital District. Other project features include a 100,000 square foot digital village for tech businesses on Kingsway, as well as a 28,000 square foot ‘box village’ and 64,000 square foot innovation precinct development for start-up companies at the new University of Wales Trinity Saint David (UWTSD) campus in SA1. 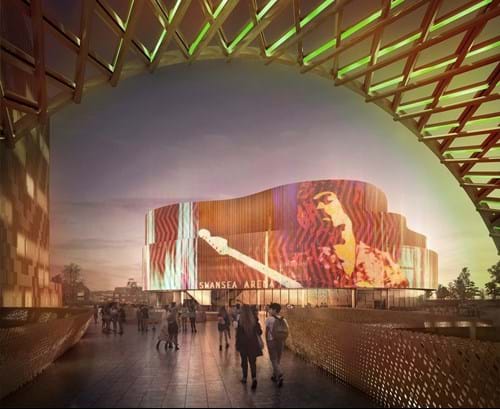 Once the project’s business case is approved, a City Deal contribution of £50m from both governments will follow. 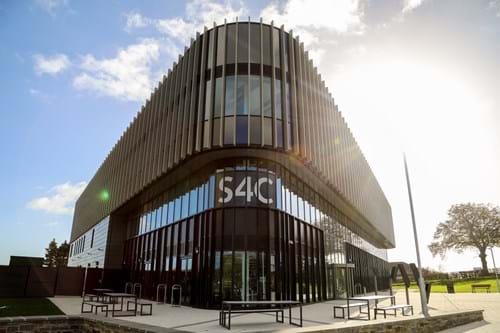 City Deal funding worth £5 million would contribute to an overall £24.3 million project cost.

“We will now look to agree and implement the review’s recommendations, which is evidence of our ongoing commitment to deliver an investment programme worth £1.8 billion and over 9,000 jobs to South West Wales.

“Work on the digital indoor arena and digital plaza elements of the Swansea City and Waterfront Digital District is due to start this summer, so we agree with the review’s finding that commitment of City Deal funds in the short-term is critical to ensure the financial exposure of local authorities remains manageable.

“We also welcome the call to imminently approve City Deal funding for the ‘Canolfan S4C Yr Egin’ project in Carmarthen. This development has been an outstanding success story since opening last autumn, but there’s much more to come thanks to a second phase of work that’s planned.

“We stand ready to meet with UK Government and Welsh Government officials as soon as possible to get these two exciting projects over the finish line.

“These approvals will be the first of many that will benefit residents and businesses in all Swansea Bay City Region communities.”

It’s also being recommended that an independent programme director is appointed to provide a dedicated additional resource to help speed up the City Deal’s delivery. This recommendation is echoed by an internal City Deal review.

Cllr Stewart said: “Although the City Deal was first signed in March 2017, the need for a detailed legal agreement to be drafted and approved by the UK Government, the Welsh Government and all four regional councils meant Joint Committee’s first formal meeting only take place at the end of August last year.

“So given the City Deal is still at an early stage, Joint Committee commissioned our own internal review to run in parallel with the independent review to ensure our governance is sufficiently robust.

“Both reviews are recommending the appointment of an independent City Deal programme director, which would provide an additional dedicated resource and support for partners to enable work on projects across the region to be progressed more quickly.

“We also welcome the recommendation for the City Deal programme to be more flexible. This aligns with our consistent request to bring new projects into the City Deal if they’re good for the region.

“Throughout these reviews, work on all City Deal projects has been ongoing. The City Deal hasn’t been on hold in any way, although we’re now in a position to make much more progress in coming months.”