'The City Deal has potential to transform the regional economy'

Nigel Short knows a thing or two about business.

Scarlets Rugby Chairman since 2010, he’s also the majority owner of the Penderyn Distillery which produces award-winning whisky and spirts in the foothills of the Brecon Beacons.

Over the years, he’s also been managing director of a 1,000-stong steel services business that traded extensively in the USA and Europe.

A director of Short Brothers Homes, other areas of Mr Short’s experience include housebuilding.

He’s also now one of six private sector members helping to deliver the £1.3 billion Swansea Bay City Deal as part of an Economic Strategy Board. 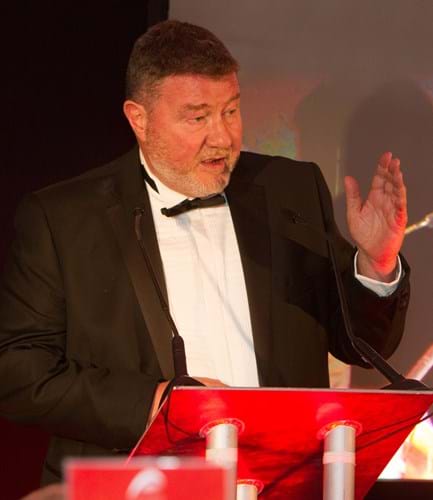 Functions of Economic Strategy Board members include providing strategic direction for the City Deal, overseeing the production of project business cases, and making recommendations to the City Deal’s Joint Committee for approval.

The City Deal programme of investment, Mr Short says, has the potential to transform the economy of the Swansea Bay City Region as a whole, which is made up of Carmarthenshire, Neath Port Talbot, Pembrokeshire and Swansea.

Mr Short, one of the first electric car owners in Wales, said: “I’m getting to a stage in life now where I’ve had a reasonable business career and want to give something back, which is why I was interested in becoming an unpaid member of the Economic Strategy Board. I think the private sector rigour that we can bring to the process will be important over the course of the City Deal.

“My credentials for the role include general business expertise in terms of the detailed financial analysis that you would apply when evaluating a business plan. It’s very important to me that we spend taxpayer money effectively. We have to keep every pound a prisoner unless we’re sure it’s being well-spent.

“Different members of the board will bring specific expertise, but I’ve done a lot of work in the renewable sector, including photovoltaic technology and biomass. I also have a lot of experience in the steel and housebuilding sectors.”

The Swansea Bay City Deal is due to part-fund 11 major projects across the Swansea Bay City Region. Over the next 15 years, the investment programme is projected to give the regional economy a £1.8 billion boost and create close to 10,000 new, well-paid jobs.

Mr Short said: “The City Deal is very exciting, but I’m very careful to point out to people that this is a long-term project. It has had a lot of media coverage and I think people are rightly excited about it, but 15 years is a long time. The economic impact and the planning that will go into it will make a big difference to the region in that period, but these are early days when we’re working to get governance, partnership relationships and scrutiny right.

“The overall enabling element of this investment programme is critical – it’s about infrastructure, new technologies and the environment we create to allow smaller and medium-sized businesses to thrive. Ultimately, they are the generators of wealth and job creation in our economy.”

Among the recommendations of a recent independent review into the City Deal was the approval as soon as possible for two project business cases – the ‘Yr Egin’ creative sector development in Carmarthen, and the Swansea City and Waterfront Digital District that includes a digital village for tech businesses and a digital indoor arena.

Mr Short, who has an honorary degree from Swansea University, said: “We have already looked at several projects in detail as an Economic Strategy Board, but all City Deal projects are exciting in their various ways.

“I think quality is more important than rushing. These are big projects and this is a very important programme, so I’d ask for people’s patience. But we would like to see two of the projects being signed off fairly quickly – and then the pipeline of investment starts.”

Nigel Short - "I think the private sector rigour that we can bring to the process will be important over the course of the City Deal."