Scores of schoolchildren got into top gear for a 3D printed model car race in Carmarthen. 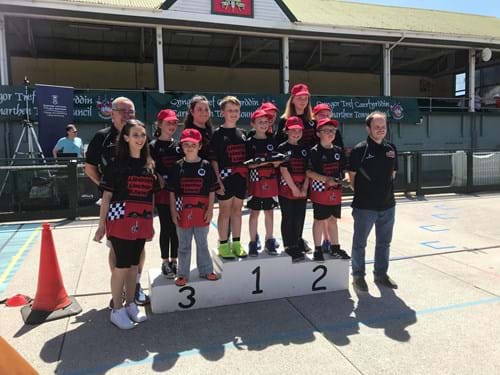 All the children who took part 3D printed and assembled the model racing cars themselves. 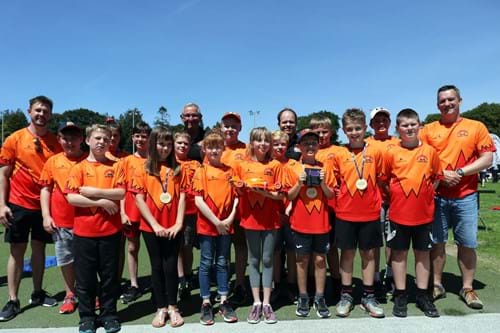 Swansea University loaned 3D printers to each school taking part, with a number of local car dealerships having featured as race event sponsors.

The University’s College of Engineering laser-cut pendants for all participating pupils. Trophies were also 3D printed for the three fastest school teams on the day.

Each model car was fitted with a timing chip to monitor performance.

Dr Dimitris Pletsas, from Swansea University’s College of Engineering, said: “The Formula 3D event was an outstanding success, reflecting the hard work of pupils and staff at eight Carmarthenshire primary schools for many months to prepare for the race.

“The event wasn’t just fun. It was also educational because its build-up introduced the children to 3D printing technology, which is among the state-of-the-art techniques revolutionising manufacturing throughout the world. 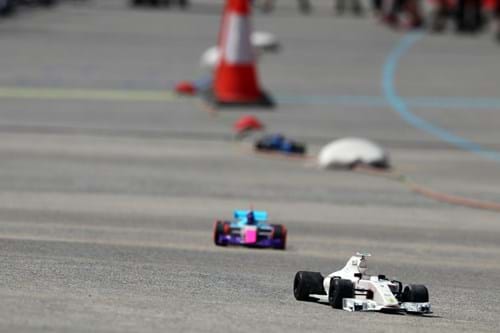 “Along with the marketing and team-working skills the pupils learned, exposure to this kind of technology at a young age will no doubt stand the children in good stead in future, with schemes like the £1.3 billion Swansea Bay City Deal due to create thousands of jobs for local people here in South West Wales.

“The introduction of 3D printing projects such as the Formula 3D Festival in Carmarthenshire primary schools was a successful pilot that we’d like to see replicated regionally, nationally and internationally. This will inspire other schools across Europe to come together with the shared goal of engaging pupils in engineering from an early age. 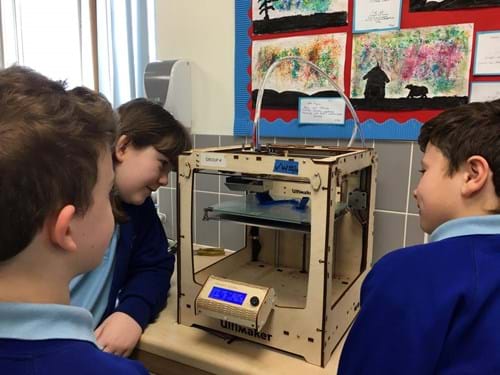 “Projects like this will help ensure our rural schools are ready to embrace the fourth industrial revolution, where traditional engineering converges with emerging digital technologies.”

Hywel Rees, a governor at Ysgol Gynradd Nantgaredig, worked closely with each school to help them secure a sponsorship deal from local car dealerships in the area.

Mr Rees said: "It was wonderful to work with the pupils and an added pleasure to see the joy on their faces when their hard work and enthusiasm came to fruition at the event.”

Carmarthen Town Council sponsored the event, with local businesses having provided snacks and refreshments on the day. Banners were produced for each school taking part, along with event programmes.

Each model car was based on a design first developed by Daniel Norée, an award-winning Swedish 3D designer.