Swansea Council update us on how the former Oceana nightclub site in Swansea now looks as early construction works continue on a new office development there that will provide space for 600 jobs.

The first of two tower cranes is now on site at The Kingsway, with foundations being laid ahead of work starting to construct the building's concrete frame.

Developed by Swansea Council with Bouygues UK as main contractor, the five-storey scheme is due for completion in the summer of 2023.  The new development will be carbon zero in operation and worth £32.6 million a year to Swansea's economy.

It will include 114,000 square feet of commercial floor space with flexible co-working and office opportunities for businesses in sectors like tech, digital and the creative industries.

The development is being part-funded by the £1.3 billion Swansea Bay City Deal and supported by the European Regional Development Fund through the Welsh Government.

Cllr Robert Francis-Davies, Swansea Council's Cabinet Member for Regeneration, Investment and Tourism, said: "The arrival of the first tower crane on site is another sign of progress for this new development, which will further boost our economy by providing space for hundreds of workers and generating more footfall for city centre traders.

"We know there's unmet demand in Swansea for this kind of modern, flexible workspace in growing sectors like tech and digital, so developments of this quality are key if we're to keep these businesses in the city and encourage them not to relocate elsewhere.

"Due to be carbon zero in operation, this scheme will also help Swansea meet its net zero city ambition by 2050, while complementing the nearby 'living building' development being led by Hacer Developments and generating far better links between The Kingsway and Oxford Street.

"Discussions with potential tenants are also making continual progress as our £1bn regeneration of the city gathers even more pace."

Access to businesses nearby will be maintained throughout the construction works. Temporary surfacing has been deliberately laid in front of the development site, with permanent paving to be installed there once main construction work has finished.

Other features of the new development will include a green roof terrace and balconies overlooking the city centre and Swansea Bay.

Anyone wishing to receive project updates can register to do so at 7172TheKingsway@swansea.gov.uk 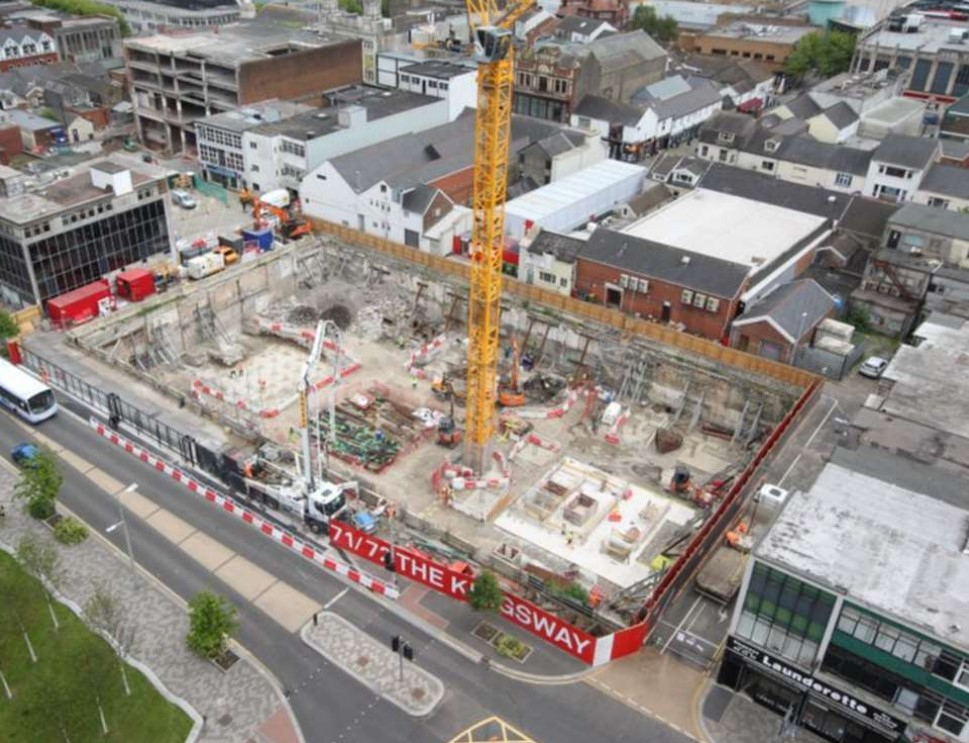