Now the company – which has been appointed operator of Swansea’s planned digital indoor arena – says people in South West Wales can expect entertainment of this quality in coming years.

The digital indoor arena, which will be constructed adjacent to the LC in Swansea city centre, is one feature of the Swansea City and Waterfront Digital District project that’s due to be part-funded by the £1.3 billion Swansea Bay City Deal. 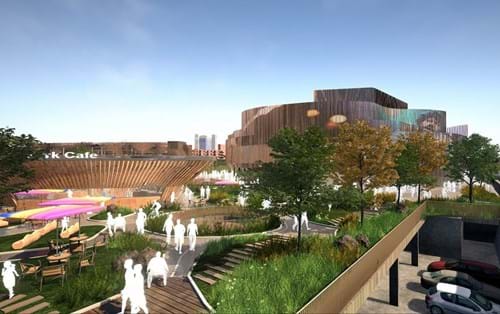 A recent independent review into the City Deal recommended immediate approval for the project.

Other entertainment either ongoing or forthcoming at ATG venues elsewhere includes Les Miserables, Riverdance, Disney’s The Lion King, The Bodyguard, and ELO.

Stuart Beeby, Group Operations Director at ATG, said: “We’ll be looking for household names that we can bring to Swansea to fill the arena. We’ve already got extensive connections with artists we work with across our 49 venues, so people can look forward to acts like Gary Barlow, A-ha, OMD, the Kaiser Chiefs, James, and the Cortinas.

“In the world of comedy, it’s every name from your Christmas DVD list - from Rhod Gilbert and Michael McIntyre to Katherine Ryan and Rob Brydon. They’re all in our venues now and selling out.

“But there are other events, too. There’s Strictly Come Dancing, Brian Cox and RuPaul's Drag Race, for example.

“Basically, there’s something for everyone.”

Swansea Council has appointed Buckingham Group Contracting Ltd as principal contractor for phase one of the Swansea Central regeneration scheme, which includes the digital indoor arena.

Main construction work on the arena will start this summer, ahead of a 2021 opening. 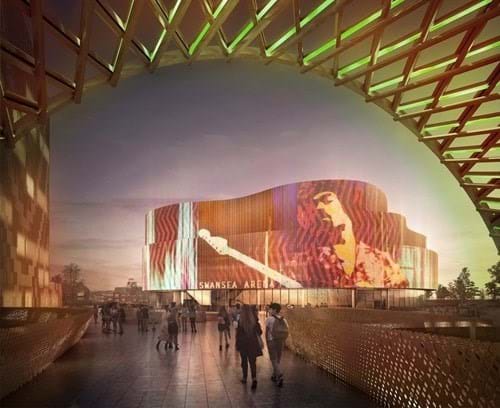 A digital plaza outside the arena also forms part of the scheme.

He said: “The arena complements the regeneration of Swansea city centre.

“We need to increase the dwell time of people coming into the city centre, and the experiences they can have there.

“So an arena of this size, which is a multi-purpose venue, will create all those different experiences, while also providing a high-quality location for meetings, exhibitions and conferences.

“A place where people can eat beforehand, see a great act and enjoy a drink afterwards will attract more people into the city centre, while encouraging them to stay there for longer.”

Stuart Beeby - “We’ll be looking for household names that we can bring to Swansea to fill the arena."