Private sector members of the City Deal’s Economic Strategy Board say they’ll do all they can to help get the ‘Yr Egin’ and Swansea City and Waterfront Digital District projects over the finish line.

Their support comes after an independent review into the £1.3 billion Swansea Bay City Deal found that the businesses cases for these two projects are ‘fit for purpose’.

The Economic Strategy Board is made up of experts in key City Deal themes like energy, manufacturing, skills, life sciences, and business. 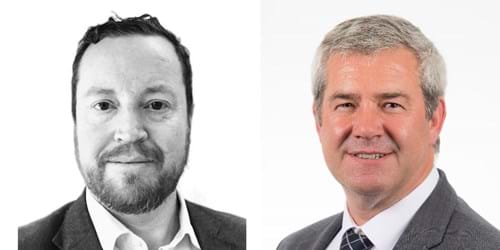 As well as an independent review, an internal review commissioned by the City Deal’s Joint Committee has also been completed to ensure governance is robust.

Advising Joint Committee, the Economic Strategy Board provides strategic direction for the City Deal. Functions include overseeing the production of project business cases and making recommendations for approval.

Mr Tomp said: “The Economic Strategy Board welcomes the publication of the reviews into the City Deal.

“Both include a number of recommendations which should speed up the City Deal’s delivery for the benefit of residents and businesses across South West Wales.

“Among the recommendations endorsed by the Economic Strategy Board is the immediate approval of the ‘Yr Egin’ and Swansea City and Waterfront Digital District projects, so we’ll do all we can to help with that process.

“The first phase of the ‘Canolfan S4C Yr Egin’ development is a terrific example of how state-of-the-art office and networking spaces can support our creative industries, while the Swansea project will combine world class entertainment and 21st century business facilities with cutting-edge digital infrastructure.

“Approval of these business cases as soon as possible would help maintain private sector confidence in the City Deal, while showing the commitment of all partners to work together for the good of the Swansea Bay City Region.

“In the meantime, we’ll also continue to help progress business cases for the nine other projects due to be part City Deal funded because this investment programme has the potential to transform our region’s economic well-being.”

Chris Foxall said: “The Swansea Bay City Deal is a once in a generation opportunity to kick-start a sustainable regional economic development programme.  It’s more than just investment - it’s the start of a journey that will build momentum, confidence and prosperity for our future generations.  The City Deal’s breadth of sector and geographic coverage will ensure the impact is felt by everyone in the region, and the first two projects will evidence the physical and economic transformation that’s long overdue.”

The City Deal is projected to create over 9,000 high-quality jobs and give the regional economy a £1.8 billion boost in coming years.