Swansea Bay City Deal leaders are supporting Neath Port Talbot Council’s proposal to amend some of their projects due to be part-funded by the £1.3 billion investment programme.

Any amended or enhanced projects, they say, will be progressed through City Deal governance and approval processes before submission to the Welsh Government and UK Government for consideration.

This follows on from the City Deal’s Joint Committee accepting all recommendations arising from two reviews into the City Deal, which included enabling flexibility in the investment programme to bring new projects in if they’re beneficial to the region.

Cllr Stewart said: “As a Joint Committee, we have accepted all recommendations from the City Deal reviews, and work is ongoing to implement them as soon as possible.

“These include the appointment of an independent programme director to manage the City Deal, as well as flexibility to amend or enhance projects forming part of the investment programme if they’re good for the region.

“The City Deal is still at an early stage of its development, but we’re doing all we can to make governance and project approval processes more efficient to speed up the investment programme’s delivery.

“All City Deal partners remain committed to delivery. It’s widely recognised that the City Deal presents a once in a generation opportunity to create considerable economic growth and well-paid jobs across the region as a whole.”

The independent review into the City Deal commissioned by both governments recommended immediate approval for two City Deal projects – the ‘Yr Egin’ creative sector development in Carmarthen, and the Swansea City and Waterfront Digital District. 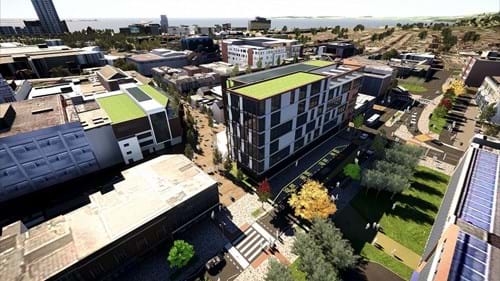 Cllr Stewart said: “We expect funds to be released for these projects imminently.

“We also welcome Neath Port Talbot Council’s continued commitment to the regional Homes as Power Stations project, which will help people save money on their energy bills by introducing cutting-edge energy-efficient technology to both new houses and existing buildings throughout South West Wales.”

The City Deal is projected to create over 9,000 high-quality jobs and give the regional economy a £1.8 billion boost in coming years.